Know when the Election Polling will be held in Bareilly division

The dates for the assembly elections in Uttar Pradesh ( Bareilly Election Date ) have finally been announced. Elections in UP will start from West UP like last time. The last phase will be in Purvanchal. Elections will be held in 58 assemblies in the first phase and 64 in the last phase. This time voting will be held in 7 phases in the state. Counting of votes will be done on March 10. There are 9 Legislative Assemblies in Bareilly (Bareilly voting date 2022) district. Know when your district will vote.

Bareilly has 9 Legislative Assemblies. Voting will be held in the second phase in all the nine assembly seats of Bareilly.Bareilly Election Date

Badaun Legislative Assemblies ,Voting will be held in

Pilibhit Legislative Assemblies , Polling will be held in

Votes will be cast on February 14.

Number of Voters in Bareilly

BJP is in power in four out of these five states while Congress is in power in Punjab. With the sounding of the election bugle, the Model Code of Conduct came into force in these five states. Apart from the voting schedule, the announcement of the Kovid-19 protocol was also made amid the increasing number of cases across India.

Uttar Pradesh CM Yogi Adityanath has welcomed the decision of the Election Commission. He said that in the great festival of democracy, the announcement of the dates of the state elections is welcome. The Bharatiya Janata Party will be able to form a government with a thumping majority with the blessings of the Janata Janardan on the basis of the achievements of the double engine government.

The date of assembly elections in Uttar Pradesh (Uttar Pradesh Election 2022) has been announced. Elections to the 18th Assembly with 403 seats will be held in 7 phases. The term of the 17th Assembly (UP Assembly) is till 15 May.

Elections to the 403 seats for the 17th Legislative Assembly were held in 7 phases from 11 February to 8 March 2017. About 61 percent of the voters exercised their franchise. Of these, more than 63 percent were women, while the percentage of men was about 60 percent. In the election, BJP won 312 seats for the first time and secured three-fourth majority in the UP Vidhansabha.

At the same time, the Samajwadi Party and Congress alliance led by Akhilesh Yadav could win 54 seats. Apart from this, the BSP of Mayawati, who had been Chief Minister several times in the state, was reduced to 19 seats. This time the direct contest is between Samajwadi Party and BJP. The BJP is contesting the elections by putting forward the faces of Yogi Adityanath and Prime Minister Narendra Modi. 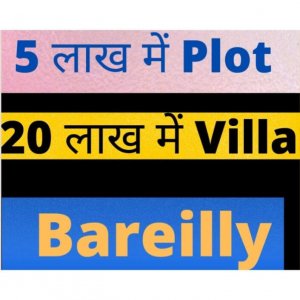