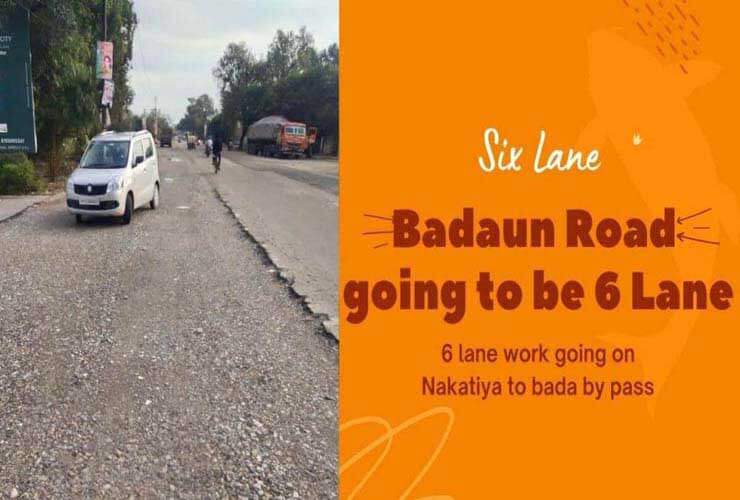 Another major road in the city will be made six laning. The National Highways Authority of India (NHAI) has issued a no-objection certificate for making the road six laning. With the road being six lanes, thousands of people coming to the city will benefit from this route.

Bareilly Development Authority (BDA) has started making two major roads six-laning for the first time in the city. Road widening work is going on one road from Delapir Tirahe to Barrier to Chowki and the other from Raju Paraspur to Nakatiya. Here, there is also a lot of space along the road leading to the city from Badaun. This route was also chosen by the BDA for six lanes. Due to this route being of NHAI, BDA cannot get the work done on it directly. NHAI has proposed this route for four laning. Due to this, BDA Vice Chairman Jogindar Singh has sought a no-objection from the officials of NHAI for six-laning the route of about 3.6 km.

Three days ago, engineers of BDA and NHAI also conducted a joint survey. After this, NHAI Project Director Amit Ranjan Chitranshi has issued a no-objection certificate. In this regard, he has also sent a letter to the BDA vice-president. It has been said that the construction of six-lane road should be done on the basis of the standards of the Central Government. The problem of jam will be solved, there will be no water logging

Till now there is a big problem of jam on Badaun Road. Along with this there is also water logging on this road. BDA is making this road six lane. The six-lane road will be built like a model road by BDA. Its quality will be high as well as its strength. Due to widening, the encroachment from the side of this road will be cleared. This will relieve the people from the problem of traffic jam.

Also, there will be no water logging on the road. A drain is being constructed on the side of the road from the Municipal Corporation and Smart City. Due to the high road, the water will drain through the drains. Bharat gate will be built at the last end

Apart from making this road six laning, BDA will also construct a grand gate near its border towards Badaun Road. This gate is named as Bharat Dwar. Its design has also been prepared. Those coming through this gate will get the feel of a developed city. version

Badaun Road is also to be made six laning. For this no objection certificate has been obtained from NHAI. Road widening work will be done after the elections.