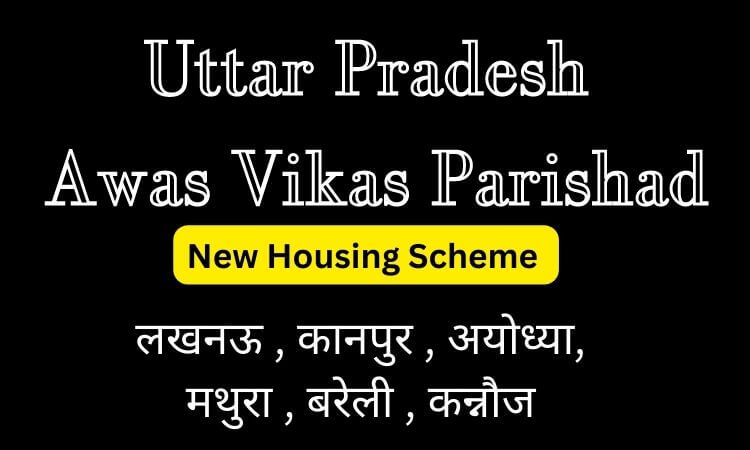 Uttar Pradesh Awas Vikas Parishad will start housing schemes in Lucknow, Kanpur, Ayodhya, Mathura, Bareilly and Kannauj in the state. In this, housing scheme in Lucknow, Mathura and Ayodhya will be launched on UP Diwas on January 24 itself. This decision was taken in the board meeting of the Housing Development Council on Wednesday. The land of Kanpur’s Mandhana Awas Yojana will now be taken under compulsory award. Apart from this, the state’s largest convention center of 5000 capacity will be built in Lucknow. Vacant flats in Avadh Vihar and Vrindavan will get 15 percent discount.

A new housing scheme will start on Bareilly Shahjahanpur Road. For this 561 hectares of land is being taken. The scheme will be developed under the Land Pooling Scheme. Many people have agreed to give land. Those who do not give will be compensated at double the rate. A decision was taken on the rates of compensation in Bareilly on Wednesday. A target of six months has been set to acquire all the land.

Earlier 1291 acres of land was taken for Ayodhya scheme but in the board meeting it was decided to take another 241 acres of land. In this way, now the entire plan of Ayodhya will be developed in 1532 acres. These three schemes of Ayodhya, Mathura and Lucknow will be launched on UP Diwas on January 24. While the plans of Bareilly, Kanpur and Kannauj will also come in the year 2023.

Awas Vikas Ayodhya – Land of three villages is being taken

Secretary Dr. Neeraj Shukla informed that earlier 1291 acres of land of Manjha Barehta, Majha Sahnawajpur and Tihura villages were being taken for Ayodhya scheme. Now it has been decided to take another 241 acres of Majha Barehta land. It was decided in the board that the rate which was given earlier to the people of Majha Barehta in lieu of land, will now be given for this 241 acres of land at the same rate. More than 600 acres of land has been acquired. The housing is under development. About 500 crores have also been tendered for development works.

Awas Vikas Parishad Mathura Housing Scheme is at prime location. This is Bhoomi Vikas and Grihasthan Yojana No. 4. About 300 acres of land is being taken. It has National Highway No. 2 on one side and Chhatikara Vrindavan Road on the other side. The said plan is situated at the main entrance of Vrindavan and is situated on the boundary adjoining one of the main temples of Vrindavan Mata Vaishno Temple. It is only 4 kilometers away from the Banke Bihari temple of Vrindavan. It is about 500 meters from Akshaya Patra and Chandrodaya Mandir and about 1.50 kms from Prem Mandir. To give compensation to the farmers, Housing Development has deposited Rs 70 crore in the office of the District Officer.

Kanpur’s Mandhana scheme will be developed in 229 hectares. For this scheme, in the year 2009, Section 28 i.e. the notification of acquisition was issued. Since then the plan was embroiled in controversies. The District Magistrate had fixed the land rates and sent it to the Housing Development Council. The proposal for its approval was placed on the board on Wednesday. The board approved it. Because the farmers here are not giving the land with mutual consent, so the board has decided to take the land here under compulsory award. 404 crore compensation is made to the farmers here. Which will be deposited in the account of Housing Development Kanpur District Magistrate. Farmers will be able to take compensation through DM office. Officials said that this scheme is adjacent to GT Road. For this, land of five villages Pem, Virtian Bithoor, Pargahi Bangar, Bagdaudhi Cachar and Bagdaudhi Bangar village is being taken.

Scheme will come in 89.52 acres in Kannauj

Awas Vikas is also going to bring a new housing scheme in Kannauj. There is little planning coming in here though. Officials said that housing schemes will be brought here on 89.52 acres. For this, the notification of section 28 has been done. The land of four villages including Madanpur Badd, Yusufpur Bhagwan is being taken.